Nearby Festivals and Events in MidCoast Maine 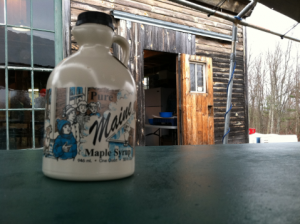 “Always the 4th Sunday in March,” Maine Maple Sunday is a special open house date for most sugar makers in the State of Maine.  SMMSA strives to be sure that the public finds the sugarhouses (some of them remote) of our members.  Web site:  Maine Maple Sunday

Jefferson at the top of the Damariscotta River was founded February 7 1807 and each year the community has a parade, arts and craft fair, fun run, and chicken barbque.   Come join a small town having fun.  No web site, we do it old school.

Join us at this classic event celebrating agriculture in the state of Maine. The fairgrounds are nestled among the rolling hills and beautiful farmlands in Union, Maine.  There are activities and entertainment for all age groups, so bring the entire family and spend the day at the festival. Better yet, stay for a few days and enjoy the surrounding area as well.  There’s lots to see and do in the Mid-Coast area.   Web site: Union Fair

Some of the Greatest Bluegrass music you can see and hear at one of the largest family musical events in New England!  This Bluegrass Festival takes place twice every year bringing thousands of Music lovers from all over the World converging in Litchfield, Maine to hear banjos, fiddles, and those high, lonesome harmonies.  This event will feature many National and Local bands from all over the world.  Web site:  Blishering Fingers Blue Grass Festival

The American Folk Festival is a large-scale, three-day event.  Held each year at the end of August in downtown Bangor, Maine, the Festival presents the music and dance from the many cultures that make up America today.   Join us on the waterfront in Bangor, Maine, for three days of music, food, crafts, and fun! Web site:  American Folk Music Festival

A great way to spend Labor Day weekend is a visit to the Windsor Fair, an agricultural fair with a fun midway featuring rides and games.  Their annual giant pumpkin contest and harness racing are a blast. It’s a family tradition since 1888.  Web site:  Windsor Fair

The Camden Windjammer Festival is a community-led celebration of Camden’s maritime heritage and living traditions.  From the great age of sail when four, five, and even six-masted schooners were launched into Camden Harbor, through the birth of the windjammer business here in the 1930s and continuing with the elegant yachts that visit or call Camden home every summer, sailing ships have always defined this gorgeous community where the mountains meet the sea.  Web site:  Camden Windjammer Festival

The Fair allows fair goers to make connections with a rapidly expanding base of organic farms in the state of Maine.  Hundreds of vendors, exhibitors and demonstrators, and tens of thousands of fair goers will gather to: share knowledge about sustainable living; eat delicious, organic, Maine-grown food; buy and sell beautiful Maine crafts and useful agricultural products; compete in various activities; dance; sing and have a great time.  Web Site:  Common Ground Fair

Features a great line-up of entertainment, food, educational exhibits and thousands of oysters fresh from the Damariscotta River. (There is also a menu with plenty of choices other than oysters!).  The festival is held right on the banks of the Damariscotta River at Schooner Landing Restaurant & Marina on Main St. in Damariscotta, and includes other Main St. businesses. Web site:  Pemaquid Oyster Festival

The Yarmouth Clam Festival is an annual summer event that promotes the community and provides opportunities for Yarmouth-based non-profit organizations to raise funds in support of their missions.  Admission to the Festival is FREE!  Web site:  Clam Festival 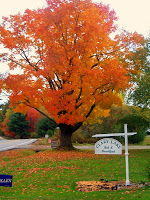